Ableism and The Church

“I think it would be a good idea for you to come in on a Saturday and all of us elders can gather and pray over you for a few hours. Just to warn you, it will get quite intense but I think it will help you.”

I thought for a moment. Imagined five middle-aged straight cis white men grabbing my shoulders as they prayed for me, a small AFAB* teenager, for hours on end.

Thankfully I left the church soon after this conversation, so I never came in for the exorcism. They never used that word, but I knew they performed a similar thing on a homeless person a few years ago who they believed was possessed (probably Dissociative Identity Disorder).

Growing up Evangelical, specifically Baptist, I believed strongly in the power of prayer. My father and others in my home church often told me of modern-day healing miracles. I was taught that if you truly believed God could heal you, He would heal you… except the elderly. For some reason, your faith was only under suspicion if you were young.

There is a particular shame when it comes to mental illness in the church. Although wider society is shifting to a greater understanding that mental illness is an illness and sometimes a disability too, often the church is stuck in a belief that mental illness is nothing more than self-indulgence, the result of unrepented sin, and/or a lack of faith. “Do not be anxious”, “joy is a fruit of the spirit”, “cast your fears onto Him”; are just a few of the many weaponised verses that have been preached at me.

When I moved to Brighton for university, even though I was (misguidedly) comfortable enough to be out as bisexual, I didn’t want Christians to know I was mentally ill. Unfortunately, within my first term, my already severe depression and PTSD became even worse. The waiting list for therapy was long, and I was only offered 6 sessions which were nowhere near enough to unpick my childhood trauma. The medication they gave me made me worse. I felt abandoned by mental health services and so I reluctantly reached out to my church community for help.

For months I requested prayer to heal me. At first, the leaders were happy to oblige, but as the weeks went by with no improvement people started to feel uneasy about me. They’d reposition their bodies and look away from me when I would yet again ask for healing prayer at the end of a house group or service.

Then I attempted suicide.

I hadn’t left my bed in days, not spoken to a single person for longer. Six sessions of CBT had done nothing to help with my flashbacks or the increasing despair I was feeling. I was a ticking time bomb and I was about to go off.

My friend Jess got me to the ambulance and held my hand on the ward. I asked her to call one of the elders. I needed prayer.

The elder sat with me and tried to match my dark humour but he just came off as callous. He talked to me about predestination and Calvinism and I asked him if someone who had been sexually assaulted was still considered a virgin in the eyes of God. He asked me if I had been assaulted. I didn’t reply. He then told me “No, they aren’t virgins.” I remained silent and stared at the heart rate monitor. Still 140bpm.

I needed to get out of Brighton for a while. When I got home from the hospital I booked a train ticket and an Airbnb in Cornwall. I cycled to the railway station at 4am the following day. It did me good to be outdoors, cycling, and kayaking in sunny weather but I also brought Christian books with me. One of those books, The Freedom of Self-Forgetfulness by Timothy Keller, talked about how we should not have self-esteem as our identity is in Christ. It said that good self-esteem is just as bad as bad self-esteem and we need to eradicate the self altogether. At that time, that made sense to me, but now I see it as a prime example of the Christian fundamental misunderstanding of mental health.

Unsurprisingly, a religion that spends a lot of time encouraging people to repress their feelings, whether that’s around sexuality (both homosexuality and allosexuality**), or anger, or sorrow, would have difficulty understanding mood disorders. Mentally ill people, to many churchgoers, appear to be self-centred and lack self-control. After all, they’ve been repressing their emotions for Christ their whole lives and it’s been good for them, or at least they believe it has.

A few weeks after my suicide attempt I felt myself get to that deeply dark and disturbed place again. I couldn’t stay sat in my tiny messy room reading the same Bible verses over and over again, desperately praying for a cure, and trying to focus on Jesus rather than myself. I texted a fellow student from the church who lived a short bus ride away to see if we could hang out. She replied telling me to come round.

When I got there she ushered me into her room and gave me a Bible, opening it up to the same passages I had been reading at home (Job), left the room, and closed the door. I was clearly a burden to her. Even at the time, I found it ironic that Christians kept telling me God had a plan for my suffering only to then point me to Job.

After the suicide attempt, the small talk in church and at the Christian Union stopped. I would sit in the pews surrounded by fellow students I volunteered with and they wouldn’t say a word to me. I moved to the balcony on Sunday mornings with the mums and older church folk but I felt my gaze fall below to the students chatting, laughing, and flirting with each other. I wasn’t one of them. I was no longer welcome here.

After one service, an elder came to find me and told me they had someone I should meet. I was ushered into a back room I hadn’t been in before and found a couple sitting, waiting for me. The elder introduced us and left. They seemed perfectly nice with soft evangelical smiles and vocal listening but I had learnt that that ‘friendliness’ was often performative, so I felt uneasy. They already knew about a lot of my trauma, the things I had told an elder in confidence, and they quickly began to ask probing questions. I left that Sunday feeling ill and somewhat violated.

The final straw came a few weeks later. All of the students who weren’t yet members of the church were sent invitations to become members of the church except for me. I volunteered my time more than any other student in that church whether that was Sunday morning youth work, setting up chairs for evening services, or helping at the Alpha course; so the rejection really stung. I don’t know whether they rejected me because of my mental illness or my bisexuality (even though I wasn’t “acting on it” at this point), but it gave me the courage to finally leave.

Around a year after I left, I attempted to reconnect with the Christian Union (CU). I had set up Queer Christians Brighton and I was trying to join the CU’s annual church search to provide another option for LGBT+ and ally Christians. While attempting to build bridges, my disability was once again used against me. The then president of the CU asked if he could pray for healing for me after I had told him I was currently in long-term therapy. I, for the first time in my life, declined the offer of prayer. He began to push that I needed prayer and I calmly explained to him, while internally frantically searching for an exit, that I have been prayed over many times, read my bible and prayed regularly, and even repressed my sexuality for a year and hadn’t been healed.

“I am now focusing on therapy and living in supported housing, and I think God works through those things as much as instant healing through prayer.”

He was unsatisfied with my response. Then he spoke a sentence that I have heard too many times.

“You must have some unrepented sin you’re not aware of. We should pray that God reveals what it is.”

Fuck you, that’s what I thought. Fuck you. You don’t know me, you don’t know what I have been through, you don’t know how much I have given to be cured. How dare you tell me I am disabled and dealing with the aftermath of trauma because of some unknown sin.

Ableism in the church is a serious problem. I am not the only person with stories like these. I know of people who stopped attending churches and house groups because other Christians would insist on praying for their disabilities to be healed despite them not asking for prayer or having any desire to be “healed” from their disability. I know of others who were treated as a burden for requesting activities to be wheelchair accessible so they could join in, or being unable to go to churches because of a lack of accessibility. I have also witnessed autistic Christians be ostracised and ridiculed for being neurodivergent by other Christians. This needs to change.

I believe in the divinity and joy of diversity. Who are we to say God made a mistake in how diverse Their creation is? Yet unsolicited prayers for “healing” to anyone outside the norm, and the frequent ostracisation of disabled and neurodivergent folk is rife in our churches. In the activism world, we remind each other that our struggles are interconnected and that the liberation of the marginalised is liberation for all; I think this is true for the church too. Can you imagine the freedom and joy that would be present within Christian communities if we celebrated diversity and took the time to listen to others instead of making assumptions about people’s personal faith? Can you imagine a church that reflects the divine diversity of creation? We are told in Genesis that when God created the world, They declared “it is good”. Not some of it is good, all of it is good. Let’s start embracing the goodness.

*AFAB or Assigned Female At Birth describes people who regardless of their gender were assumed to be female when they were born.

**An allosexual is someone who is not asexual or another sexuality on the asexual spectrum. In this post, I use “allosexuality” to denote the typical and healthy sexual attraction that allosexuals experience and are encouraged to repress in churches.

Ableism and The Church

Genevieve shares openly and honestly about their experience in the church. 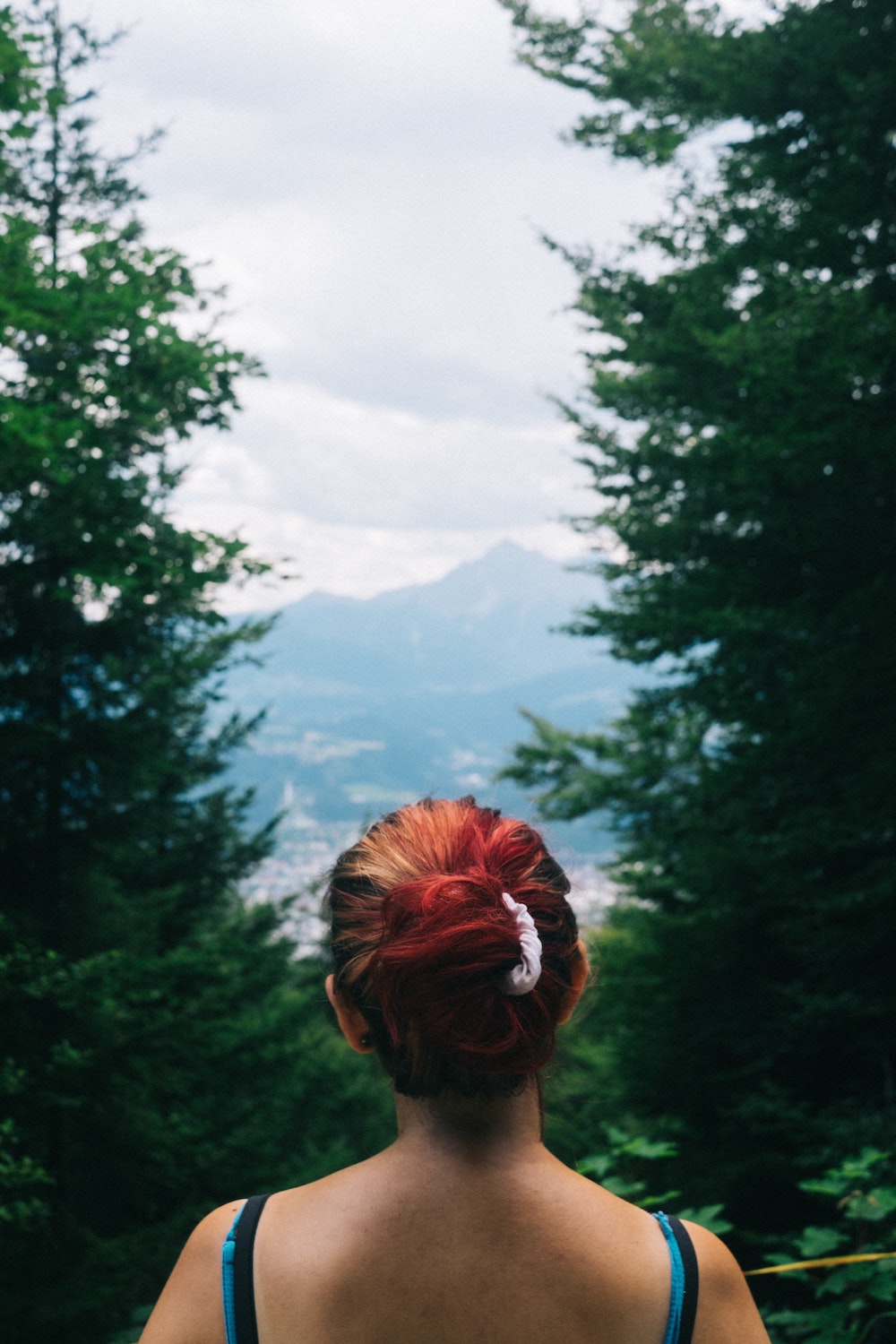 What The Church Needs to Know About Mental Health

When my dear friend and mentor died I was in graduate school training to be a clinical psychologist. Before her death my Christian friends freely... 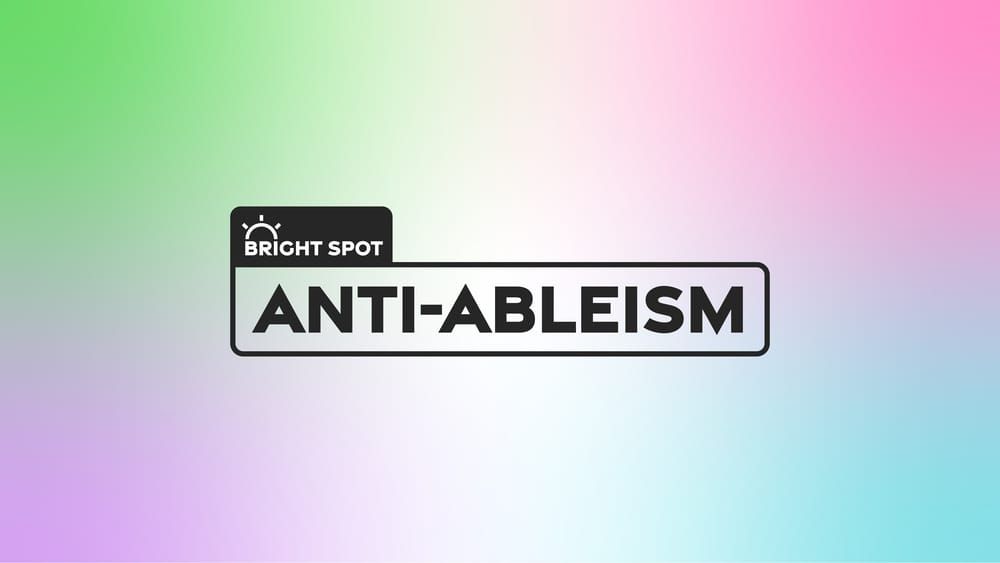 This week we heard stories and poetry from Debbie and Candice. Both are people with disabilities. Candice is also identifies transgender. Each week,...