Christ Was Not White (And Neither is Christianity)

written on 11 November 2020 by Elisabeth Hoole 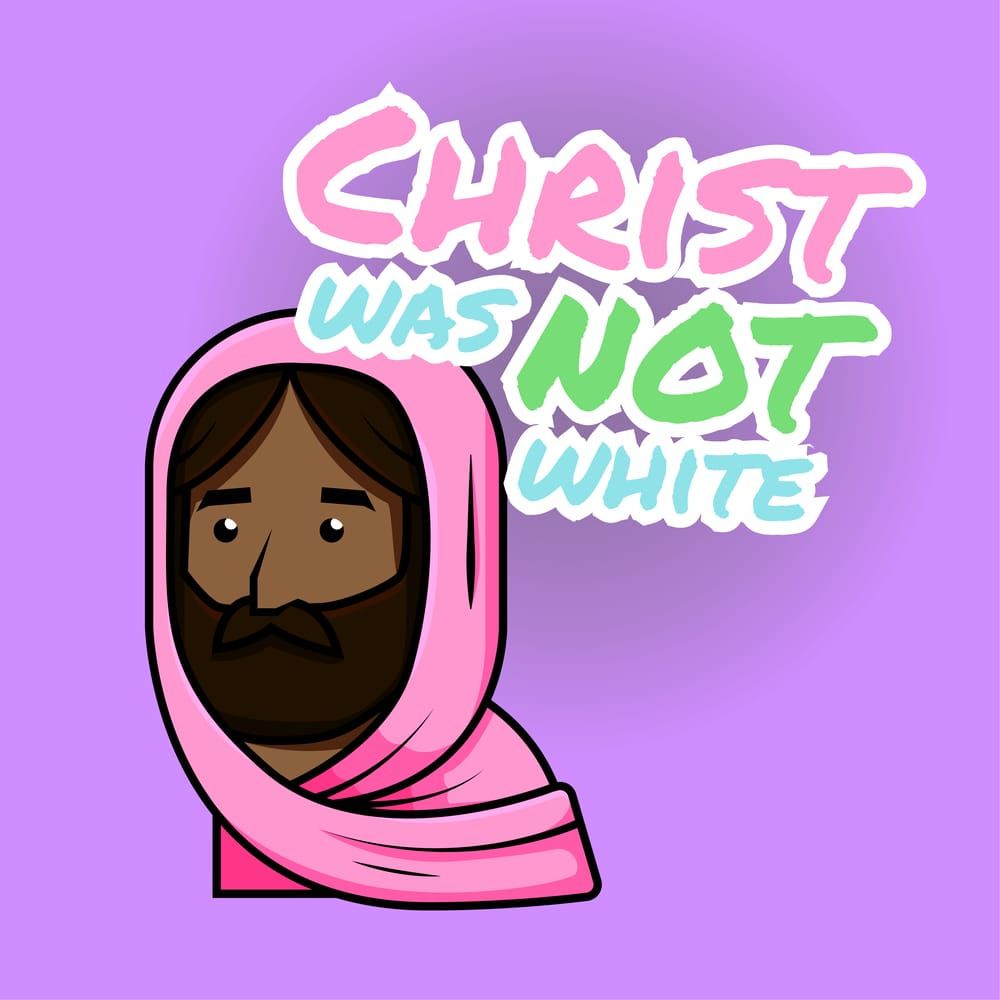 My culture was and is so central to my identity, but I always learnt and thought of Christianity as separate from it.

At a young age, I was taught to hold religion and my culture at opposite ends subconsciously. On my first day of primary school, I was told by the first 'friend' I made that I couldn't be a Christian because I was Tamil. I remember coming home completely confused and asking my parents if I was really a Christian and was assured that I was. I was then told stories about how my great grandfather was tied and beaten by his family for converting to Christianity, rejected by his family and culture for choosing a foreign religion. I also hear of how many Sri Lankans justifiably relate to Christianity as a colonial religion, and I feel anger on behalf of the many Sri Lankans who were forcefully converted and violently abused by the colonizers. I then feel unable to reconcile Christianity and the cruel actions of the colonizers to my own people. It seems that Christianity and my culture cannot coexist and that I have to choose one.

It seems that Christianity and my culture cannot coexist and that I have to choose one.

I also think that what makes this conflict worse is how so many parts of my culture were 'taken away' by missionaries, which feeds into my greater disconnect from my culture while still not entirely relating to Christianity. When the missionaries came to the North of Sri Lanka (where my parents are from), they dismissed much of Tamil culture as 'pagan' and 'unchristian' with little research and respect. They then implicitly taught Tamil Christians to reject these parts of their own culture while simultaneously teaching them to achieve white standards of culture, beauty, and Christianity. Some effects of these are small – for example, my parents were dead-set against me getting a nose ring, which I found weird since it was (and to some extent still is) a huge part of Tamil clothing. The same thing happened when my sister wanted to start wearing the pottu, which my parents thought was 'unchristian' even though it is a part of Tamil culture. More than being personal preferences, this results from the indoctrination that aspects of our culture are 'heathen' and 'unchristian' simply because the missionaries didn't make an effort to disentangle religion from culture. More significant examples are how they changed women's relation to society. Before Christianity came to Sri Lanka, Tamil culture was quite matriarchal and celebrated femininity without imposing modesty restrictions. Women had more empowered roles in the household and would wear sarees without an inner blouse and decadent jewellery. However, this clothing and role of women did not fit into the missionaries' cultures' modesty standards. This led to an imposing of white modesty culture and 18th-century women's roles in the west, which has unfortunately stuck around until the 21st century.

What is worse is that the ways I could have related to God through my culture have been taken away. The way we worship God has been changed. We use the piano and guitar instead of the tabla and nadaswaram. We sing and read the Bible in English instead of Tamil, and even when we sing, we stand stiff instead of dancing or feeling the words and the worship within us. We might even have had entirely different ways of worshipping and connecting with God if we had just been allowed to celebrate our culture alongside Christianity. Instead, we stand in churches built by the colonizers, singing in a foreign tongue, with foreign instruments and rejecting a part of ourselves in an effort to try and be more like 'real Christians.'

What is worse is that the ways I could have related to God through my culture have been taken away.

I think this is tied to the idea that Christianity is somehow a white religion. In teaching us what Christians should be like, the missionaries were actually teaching us how to be more like them and less like ourselves. To embrace their music, clothing, language, modesty standards, and more while rejecting so much that is beautiful in our own cultures that can perfectly coexist with Christianity. I am not sure how Christianity has become so synonymous with whiteness, even though it originated in the Middle East. In fact, even though Jesus was born in the Middle East, and therefore probably had brown skin, he is consistently drawn as a white God. It infuriates me that even in one of the churches in Sri Lanka, where most of the worshippers are brown, there is a stained glass painting of Jesus with his sheep where he is painted white. This unquestioned portrayal of Jesus as white is so damaging as it robs the rest of us from relating to God as who he really was and reinforces the idea that Christianity and Jesus are not mine but instead were "given" to me by white Christians.

I am not sure how Christianity has become so synonymous with whiteness, even though it originated in the Middle East.

In all of this, I feel like I am torn between a culture that I know so little of and a religion that seems not to be completely mine. However, what I have slowly learnt is that people do not get to define God and my relationship with him. Jesus was a God of all people who created and celebrated all cultures and people and loved everyone and related to them equally. My job now is to unlearn the restriction of my culture while using my culture to connect to God better and work towards dismantling the whiteness of Christianity globally. I hope more white Christians realize and reflect on the fact that Christianity belongs to all cultures. And I hope Christians of other cultures recognize that their own cultural differences are a gift from God and should be celebrated and incorporated in the church.